High performance liquid chromatography (HPLC) is an analytical method in the late 1960s. In recent years, it widely uses in the separation and determination of functional components of health food, nutritional fortifiers, vitamins and proteins. About 80% of organic compounds in the world can be analyzed by HPLC.

High performance liquid chromatography (HPLC) has the characteristics of high pressure, high efficiency, high speed, high sensitivity and high selectivity. It widely uses in pharmaceutical, environmental protection, petrochemical, food, chemical and other industries. And is now an important method for separation and analysis.

The solvent in the liquid storage bottle is sucked into the chromatography system by the pump. And then output, and after the flow and pressure measurement, it imports into the sampler. The detected object injects into the sample injector and passes through the column with the mobile phase. After separation on the column, the detected signal collects and processes by the data processing equipment, and the chromatogram records. Waste liquid flows into the waste liquid bottle. The gradient controller can also use for gradient elution in the case of complex mixture separation. This is similar to the programmed temperature of gas chromatography, except that gas chromatography changes the temperature. While HPLC changes the polarity of the mobile phase, so that the sample components can separate under the best conditions.

Like other chromatographic processes, HPLC is a continuous multi-exchange process between the stationary phase and the mobile phase. It separates different solutes by the difference of partition coefficient, affinity, adsorption force or molecular size between two phases.

The separation of different components in the chromatographic process depends first on whether there are differences in the partition coefficient, adsorption capacity and affinity of each component between the two phases, which is a thermodynamic equilibrium problem and the primary condition for separation. Secondly, when the different components move in the column, the spectral band is broadened with the column length, and the separation is related to the diffusion coefficient between the two phases, the size of the stationary phase, the packing of the column and the flow rate of the mobile phase. Therefore, the final effect of separation is the comprehensive benefit of both thermodynamics and kinetics. 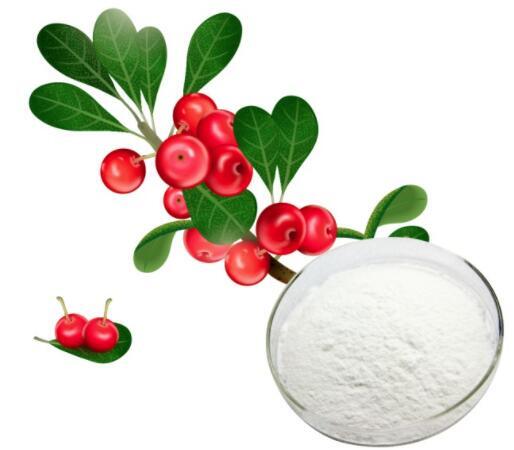 Arbutin is extracted from bearberry, and most of the arbutins in the market are α-arbutin (synthetic) and β-arbutin (occurring in nature). Although α-arbutin is artificially synthesized, its effect is more than 15 times that of β-arbutin’s whitening effect, and its stability is also relatively good.

At the same time, the price of α-arbutin is also much more expensive than that of β-arbutin. Products that claim to have added arbutin in the market are basically β-arbutin if they do not specify that it is α-arbutin. .
So you need to be careful when choosing products.
The efficacy of arbutin: